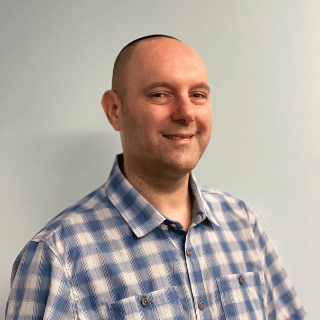 Dan is originally from London and has spent over a dozen years working for the Hillel movement. Dan was Executive Director of Johns Hopkins Hillel and spent six years as Chief Executive of UJS Hillel in the UK, which is the national Jewish student organization supporting and representing over 8,000 Jewish students across the country. Dan was the Assistant Director at Hillel JUC from 2001-2006 before returning in 2013 as Hillel JUC’s Executive Director and CEO. Dan is a passionate advocate for Jewish students. His door is always open to every student and coffee (or tea) is always on him. Dan is a big fan of classic British and American comedy and believes himself to be an aficionado in all things soccer related. Dan and his wife Debbie have three children, Benji, Natan and Eliora, who are sure to be seen at Hillel JUC, especially around the ping pong and pool tables!